The History of Advertising 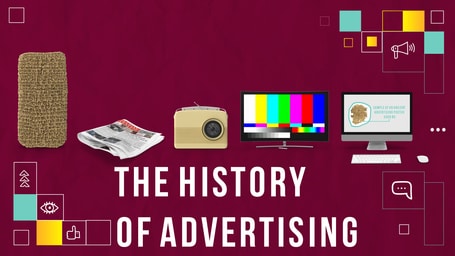 Although advertising has become an integral part of the business as far back as prehistoric times, the exact date is unknown. When a person has expanded their communication area and decided to sell or exchange a manufactured product, it has become essential to connect with potential customers.

As far as we know, the first advertisement was shouted. In the shopping markets, most customers went to the seller who was screaming the loudest. Then the first ad banners replaced this trend. People thought it would be more helpful if they remained silent and hung eye-catching signs near the counters to attract potential buyers. In ancient Greece and Rome in the 2nd and 3rd centuries, such trade banners were made of wooden boards, copper plates, or animal bones. 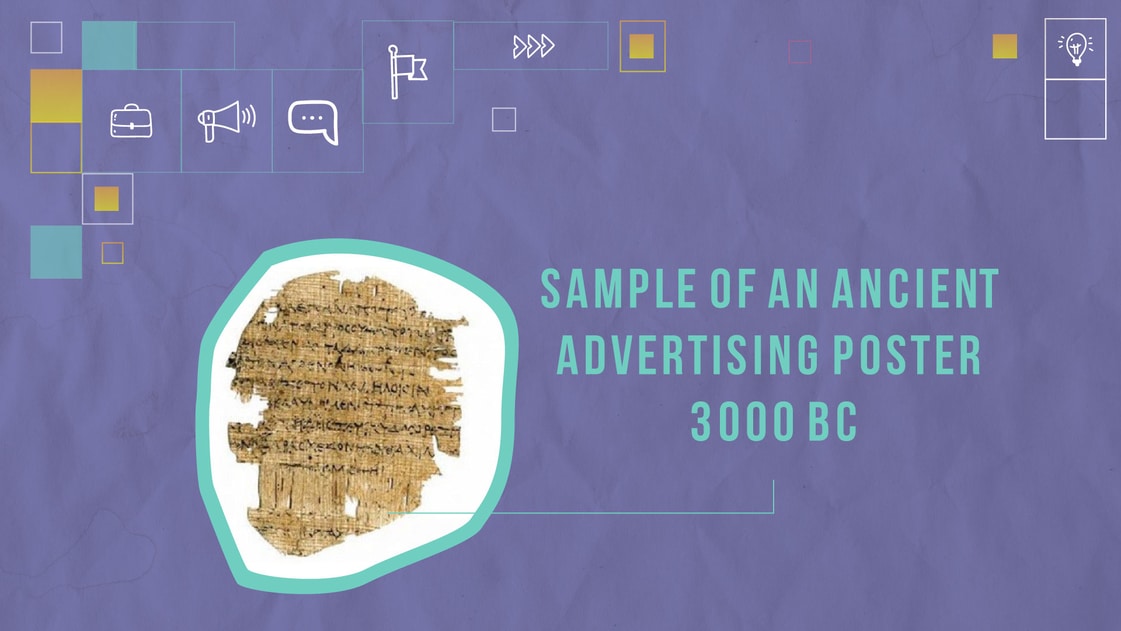 Archaeologists have found an example of the oldest advertising poster in the historic area of ​​Egypt. The papyrus dates back to 3000 BC, and although its owner is looking for a lost slave, it also clearly mentions the best cloth shop in the text. Moreover, the finder promises gold to whoever brings his slave back.

The 15th century was the turning point for developing the traditional form of advertising. During that time, magazines started to be produced and distributed. The founder of the first advertising agency in the USA was the son of one of the publishers, and he sold advertising space in newspapers.

Graffiti, written on the wall in ancient Italy to invite people to attend gladiatorial contests, shifted into printed posters and introduced people to the dates of circus or orchestral performances.

The first e-mail marketing is also connected with the development of the printing industry. Some stores were collecting customer information and sending them news by mail.

The first Georgian print advertisement appeared in 1861 in the newspaper “Gutnis-Deda.” The ad described the plow and, along with the annotation, was accompanied by an image of a Flemish cow.

Advertising in the audio dimension entirely changed in the 20th century. Soon it became the biggest challenge for the publishers. The invention of the radio transformed people’s lifestyles and made listening to the news a family tradition.

The first ad that aired on the radio was indirect and did not call for a specific action. It lasted approximately 10 minutes, and the company paid just $ 50 for its placement.

Television has fundamentally changed the advertising industry. The first commercial appeared on television in 1941 for a total of 10 seconds. It was a short video of Bulova Watch, made by Biow Company specifically for television.

The first television advertising in Georgia aired in the late 1950s when Janeta Archvadze introduced Georgian jam to a broad audience.

Advertising on the internet

In 2005, a British student created the Million Dollar Homepage. It was a website where companies could place their banners in 10 × 10 size pixels. Eventually, the owner earned million dollars in just four months by inventing a digital advertising platform.

The two-dimensional digital banner was first launched on the Internet in 2004, and the emergence of dynamic ads soon followed it.

The most crucial step for modern advertising in terms of industry development was the creation of Google Adwords. Google Adwords invented the solution for businesses to place customized Ads.

Advertising is distributed on the Internet in several other directions. Firstly in the articles of well-known newspapers or on social media channels, whose dominance in the Digital advertising industry is particularly noticeable. For example, the most popular platform – Facebook’s revenue in 2009, was only $ 700 million. At the end of 2019, it reached $ 70 billion by adapting to the new challenges of the advertising industry. 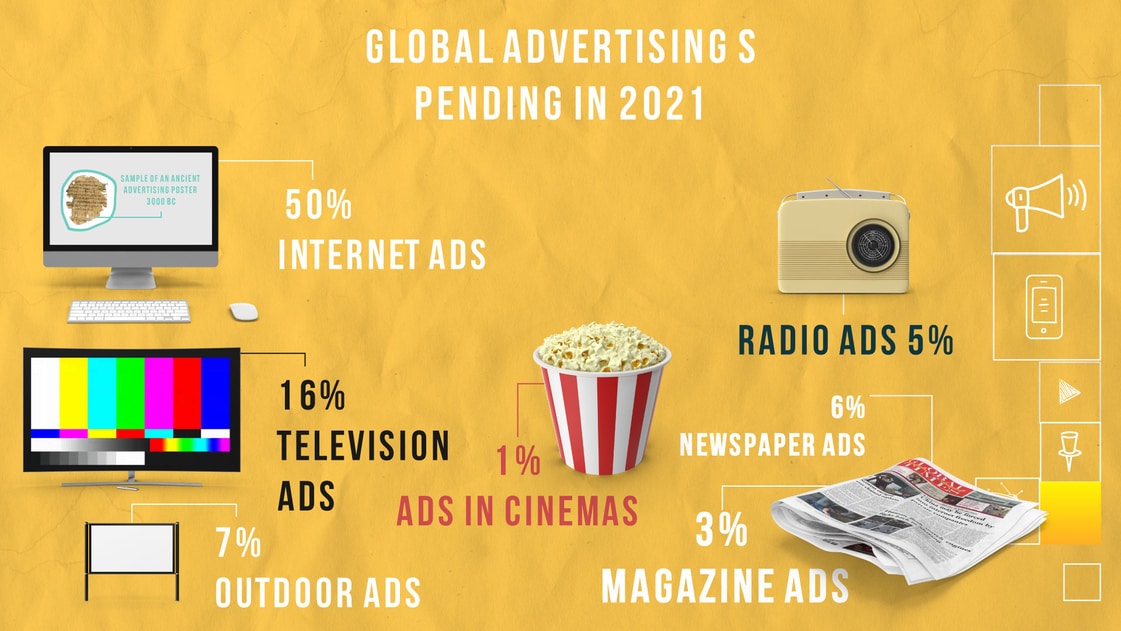 it is believed that most of the advertising opportunities people have not discovered yet. And before we talk about the technological advances in our other blogs, let’s look at today’s statistics:

Reading Time: 4 min
Today, in an era of technology, digital tools are an integral part of the advertising market. Eventually, traditional means of media are still popular…
Read More 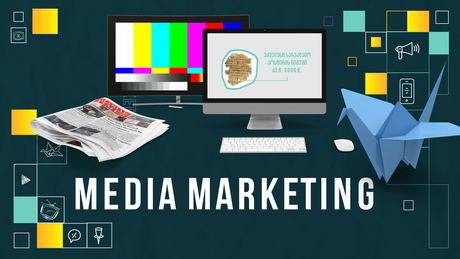 Reading Time: 4 min
Thanks to modern technology, today every company can have direct communication with their potential customers. The business sector can use a wide range of…
Read More 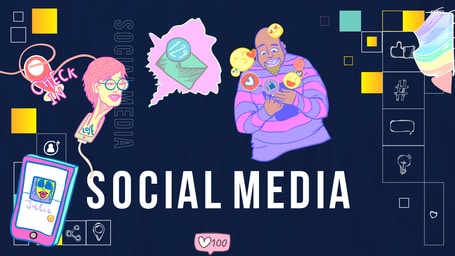 Reading Time: 4 min
The word “content” has become a crucial part of people’s lives, and sometimes we hear it in unexpected places, such as supermarkets. Globally, this…
Read More 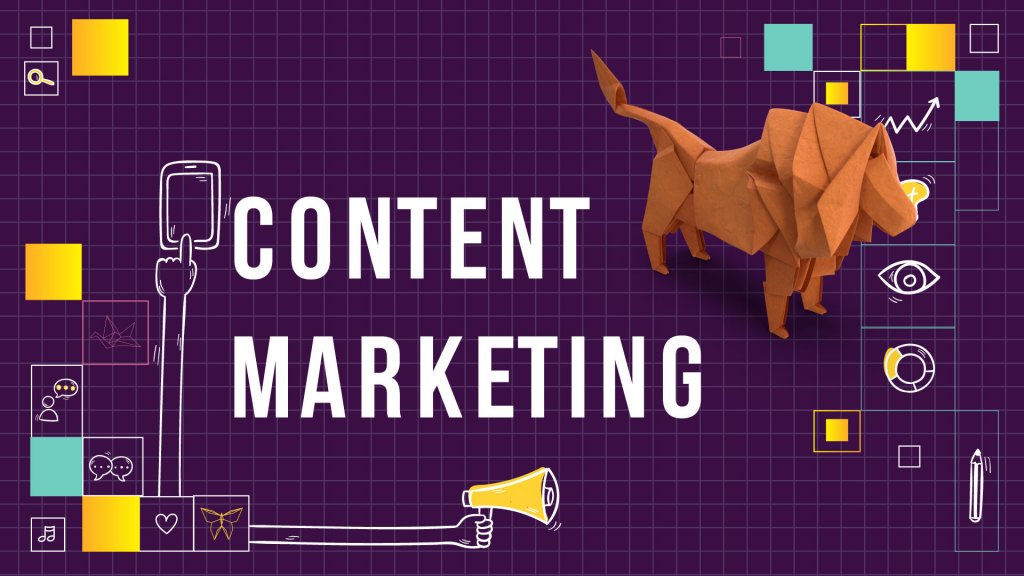 Chat with us on Messenger

Clipart is a media and digital communications agency that has been operating in the Georgian market for six years.

With love from – Alpaca.